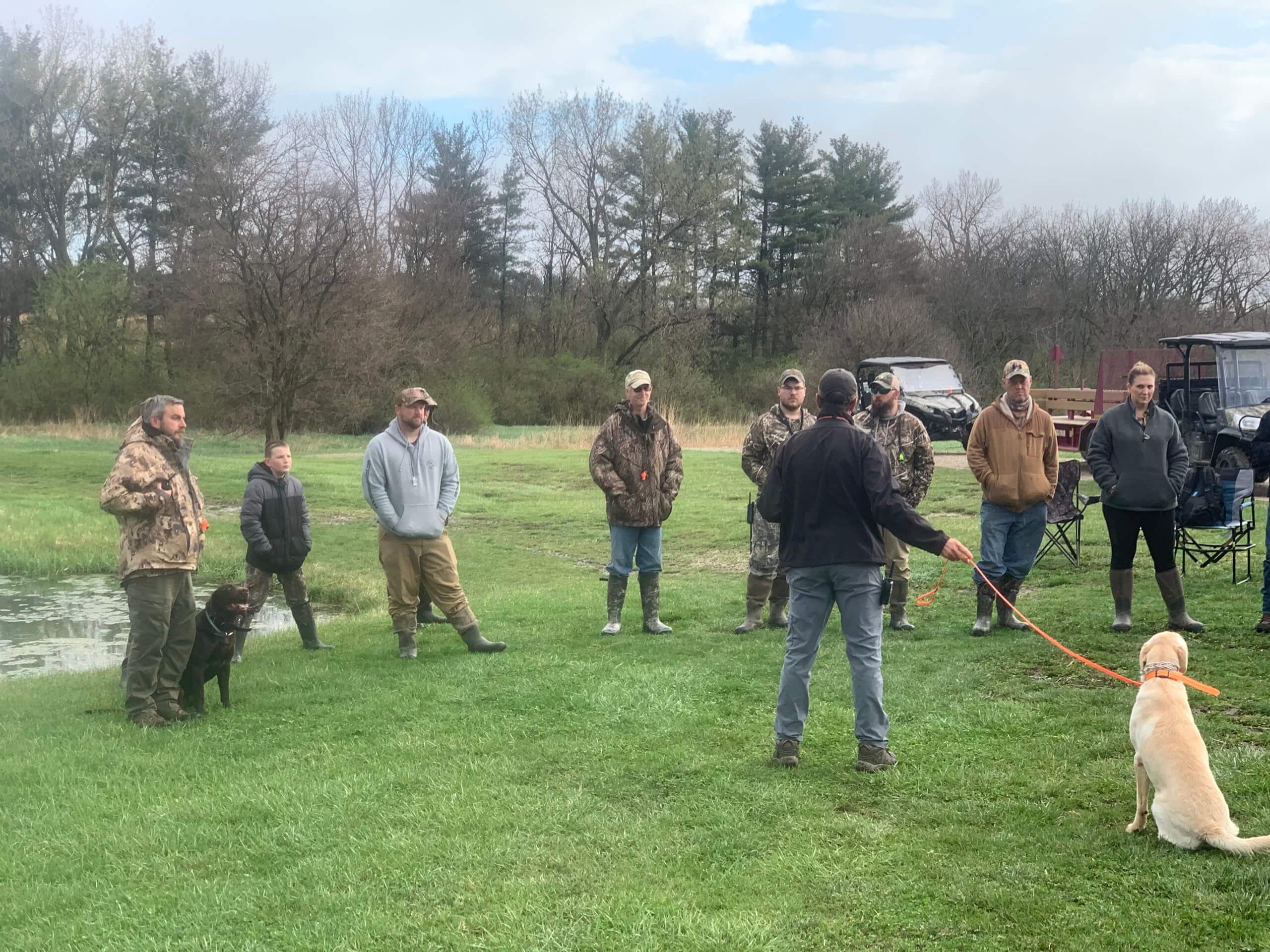 The Kankakee River Hunting Retriever Club was looking to host a seminar for its members as they are always looking for guidance and a way to “help their (club’s) training days” said club president Butch Loving. As with all HRC clubs, many members have learned semi-different training methods and Butch who had his yellow Labrador, Cash, trained by Gun Dog Success thought Dan Ihrke would be just the man to give some insightful information to help his club. A date was set for Spring but neither thought the weather would be so ugly. Unfortunately, rain had started off the morning and gotten worse as the day went on, but the folks made the best of the all day seminar. 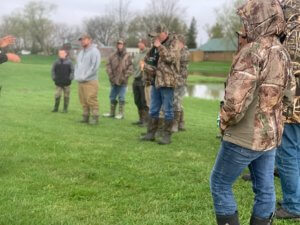 Kankakee HRC has Hall of Fame dogs and young started pups in the clubs roster, so Butch thought that the transition level would be a good focus point as most trainers would get valuable insight. Dan started with teaching the T Handling Drill and moved into Swim By. Butch said, “A lot of members really had a different impression on what Swim By was.” Most thought it was the T drill in water. In Dan Ihrke’s training method that’s a small part, but he does a lot more with Swim By to really help set a strong water foundation for the dog. The method starts with “establishing the highways” which basically means to teach the dogs to swim down both ends of the small 12 x 25 yard oval pond and to the top of the T from the wide side of the pond. What you are doing is starting the de-cheating process and creating highways in the dogs mind that he or she needs to swim in order to get the bumper and retrieve it once it’s picked up. When those highways are established you can begin to stop and cast in the T pattern from the wide side of the pond. One thing to note is that with Dan’s method you don’t let the dog swim back with the bumper on the over piles, but whistle sit the dog, grab the bumper from the dog and return to home plate (original starting position). This is to not allow the dog to cheat the bank of the pond. After the dog is proficient with all three casts Dan stops the dog and discipline casts (a cast with a bumper in the dogs mouth) the dog to the opposite over pile. There are various methods that Dan showed to help the dog take the discipline cast which was very informative to the club members. 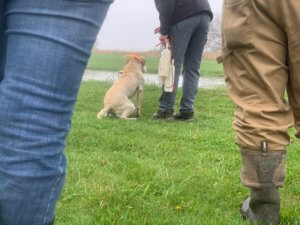 The other major insight for the club was the use of buzzers (electronic duck sounds) placed on sight blind markers like cones or poles. Dan explained how you teach a transition dog to run to the sound of the mallard and rewarded when the dog reached the destination with a bird. He explained that once the sound is associated with a bird you can really help a young dog get success when teaching casting in the field. It’s a perfect way to almost guarantee success for the young dog. Butch said that after the seminar a member went out and bought buzzers and put them on cones and they have started using them at training days with great success.

In all, the group powered through the rain and took home some valuable information. As hunt test season is coming into full swing Dan and the team at Gun Dog Success are excited to see how the information will be used by the club members and watch their success as we run the midwest hunt test circuit. 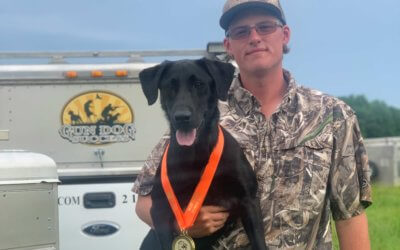 The Muddy Waters Hunt Test was a huge success for the hunting retrievers in our training program. Gun Dog Success went 31/32 with the dogs showing excellent memory in marking and great control with their blinds. The early hunting season is coming soon! Excited to hear... 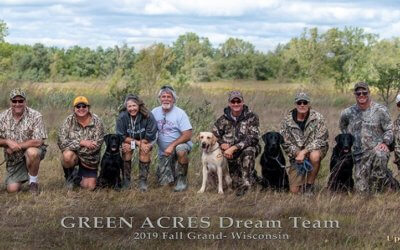 Hunt testing with the HRC culminates to one goal – earning the title of Grand Hunting Retriever Champion. Only after an incredible amount of training and years of testing is a dog prepared for the opportunity to enter into the HRC International Grand. This year Dan was afforded the pleasure of running 10 dogs. 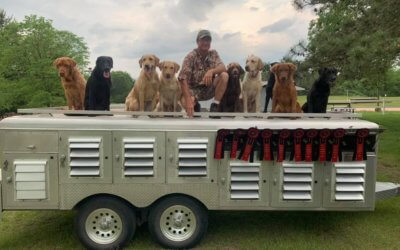 What a great weekend at River Valley HRC

What a great weekend at River Valley HRC! Gundog Success walked away with 23 of 24 passes, a seasoned title for Zeus Aufendengarten, and a finished title for Bo Kelsey.